The amount of energy resources has decreased as a LED lamp can have 100.000 hours of lifespan compared to 1.000 hours of incandescent...

1. How, when and by whom LED technology was discovered?

Many are convinced that LED technology is an invention of the last decade or two decades but this is not true. Infact, these days we celebrate the discovery of LED occurred 50 years ago, to be precise in 1962, although the Nobel award in 2014 was not attributed to the true inventor: Nick Holonyak.

Who was the inventor? Henry Joseph Round, in 1907, who, working in Marconi Labs, noticed the emission of light from a semiconductor diode about 100 years ago? Or the Russian genius Oleg Vladimirovich Losev, in 1927, who thought to have discovered the LED? Or Nick Holonyak, in 1962, who developed the first practical visible-spectrum or, finally, Shuji Nakamura, who discovered the first LED Blue in 1993?

2. The state of the art now

The winners of the Nobel award for Physics in 2014 have been Isamu Akasaki, of Meijo University, Nagoya University, Hiroshi Amano, of Nagoya University, and Shuji Nakamura, of the University of California, Santa Barbara. The three scientists were awarded the honor for "the invention of efficient diodes emitting blue light that allowed the creation of brilliant white light sources and energy saving".

Isamu Akasaki, Hiroshi Amano and Shuji Nakamura received the Nobel for having revolutionized the field of lighting technology.

The white LED lamps emit a brilliant white light, they are long lasting and with low energy consumption. Furthermore, their efficiency is constantly improving, with a luminous flux (measured in lumens) always higher per unit of input power (measured in Watts). The most recent record is just over 300 lumens per watt.

As about a quarter of world consumption of electricity is for lighting, LEDs permit a considerable saving of resources, creating a lot of expectation on what LED lamps can do to make better the lives of more than 1,5 billion people who still do not have constant access to electricity.

In conclusion, the invention of LED has already helped to illuminate in a completely new way with tangible benefits for all.

A light-emitting diode is formed by a series of layers of different semiconductor materials which convert the electrical energy into photons, leading to significant efficiency gains compared to other sources of light, in which most of the energy electricity is converted into heat and only in a small fraction of light. More specifically, a LED is constituted by a layer "n-type" in which there is a surplus of negatively charged electrons, a layer "p-type", in which there is instead a lack of electrons, and - interposed between these - an intermediate layer called "active layer", in which the light borns. 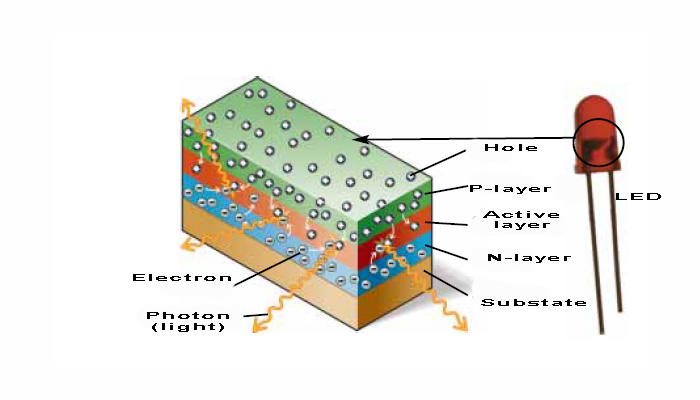 When a voltage is applied to the semiconductor, the electrons move to the active layer, such as the "positive holes" represented by the points in which, in the p-layer, there’s a lack of electrons. When electrons and holes meet, they recombine themselves with the emission of light, the wavelength of which depends on the semiconductor.

4. Comparison between two technologies that use phosphorus (Source Intematix)

The heat generated by the phosphorus passes through the junction and the package before reaching the heat dissipator.

There are essentially three methods of deposition:

1.Dispersion: the technique in the figure below (with implementations of Needle and Jetting)

the heat generated by the phosphor is completely decoupled from the LED chips.

*Note: the scale factor to discriminate the phosphorus proximity (deposited locally by the remote one) is constituted by the fact that the phosphor layer is placed at a distance from the chip of at least one of the lateral dimensions of the chip.

The term "phosphorus" is used to indicate both a material and a family of luminescent materials capable of, in response to the absorption of a photon of a certain wavelength, to emit another photon at a different wavelength.

The process that takes place within the remote phosphor ChromaLit of Intematix belongs to the down conversion.

The combination of a portion of blue light, which must then cross the phosphor layer, and the emission of the phosphor appears to us in the form of "white" light.

So, phosphors determine for 95% the characteristic bright of white light.

6. The advantages of the use of Phosphorus Remote technology (Source Intematix)

7. How much heat is generated by phosphorus? (Source Intematix)

The quantity of heat depends on the so-called Stokes shift or Stokes loss (discovered by Scottish Physicist George G. Stokes) and it can be about 20% of the energy that the phosphorus receives. 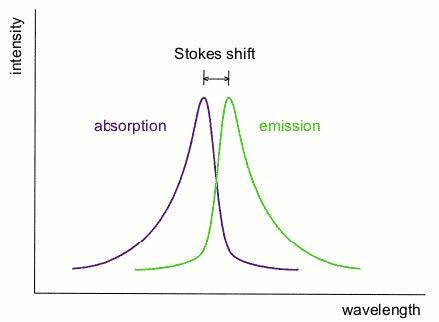 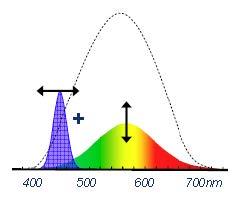 The white point depend on the ratio between the phosphors used and the wavelength of exciting, so the heat generated varies by the best case of the cold white to the worst of the warm white.

8. The use of remote phosphor in EVE-L series lighting fixtures of Cortem Group

Whereas previously written, Cortem Group has adopted the technique of phosphorus remote, as fully described, is by far the best technology available today to obtain a white light quality.

The new series lighting fixtures EVE-L Cortem, have been developed to provide a great alternative to traditional incandescent and / or energy saving lamps, where it’s necessary to light specific explosion-proof areas.

Cortem has therefore opted for the use of a remote phosphor diffuser, type ChromaLit Dome of circular shape that, when energized, converts the blue light emitted by the LED into white light with a color temperature (K) selectable between 2.700K and 5.000K and a color rendering index (CRI) of 80 to 90. 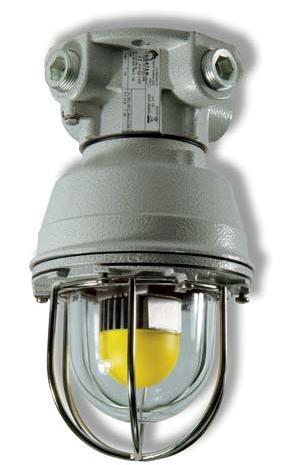 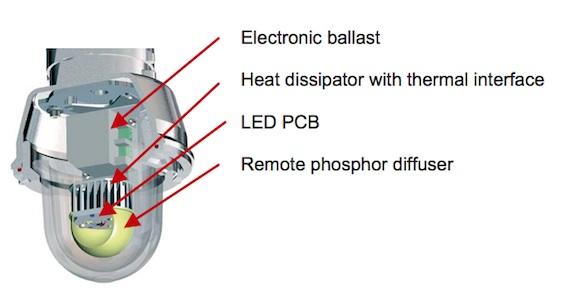 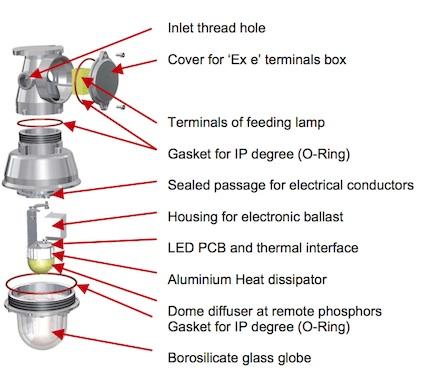 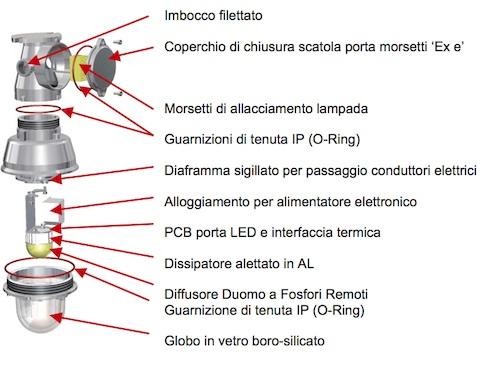