In electrical equipment in which it’s necessary to have a physical separation for the limitation of the flame passage, such as...

In electrical equipment in which it’s necessary to have a physical separation for the limitation of the flame passage, such as petrochemical, oil and gas, chemical industrial plants and, generally, in places with a potentially explosive atmosphere and the possible presence of gas and dust, must be used specific limitation devices such as sealed cable glands or sealing fittings.

During the inspection operations of facilities, the sealing fittings have been found too many times not installed as indicated by the manufacturer or not filled with the specific sealant material provided with the sealing fittings or even missing between two adjacent boxes. This is due to the superficiality of the operators in charge of assembly operations, safety supervision and testing.

This carelessness and failure to comply with the manufacturer's requirements will invalidate every product guarantee (and this would be the lesser of evils), involving a huge risk to the safety and functionality of the system, with possible health risks and damage to operators.  Furthermore, it can cause economic damage for the loss of production in case of functional failure and out of order of the equipment.

The difference between the functions of "Designer", "Installer", " Safety supervisor " and "Maintenance Technician" is: 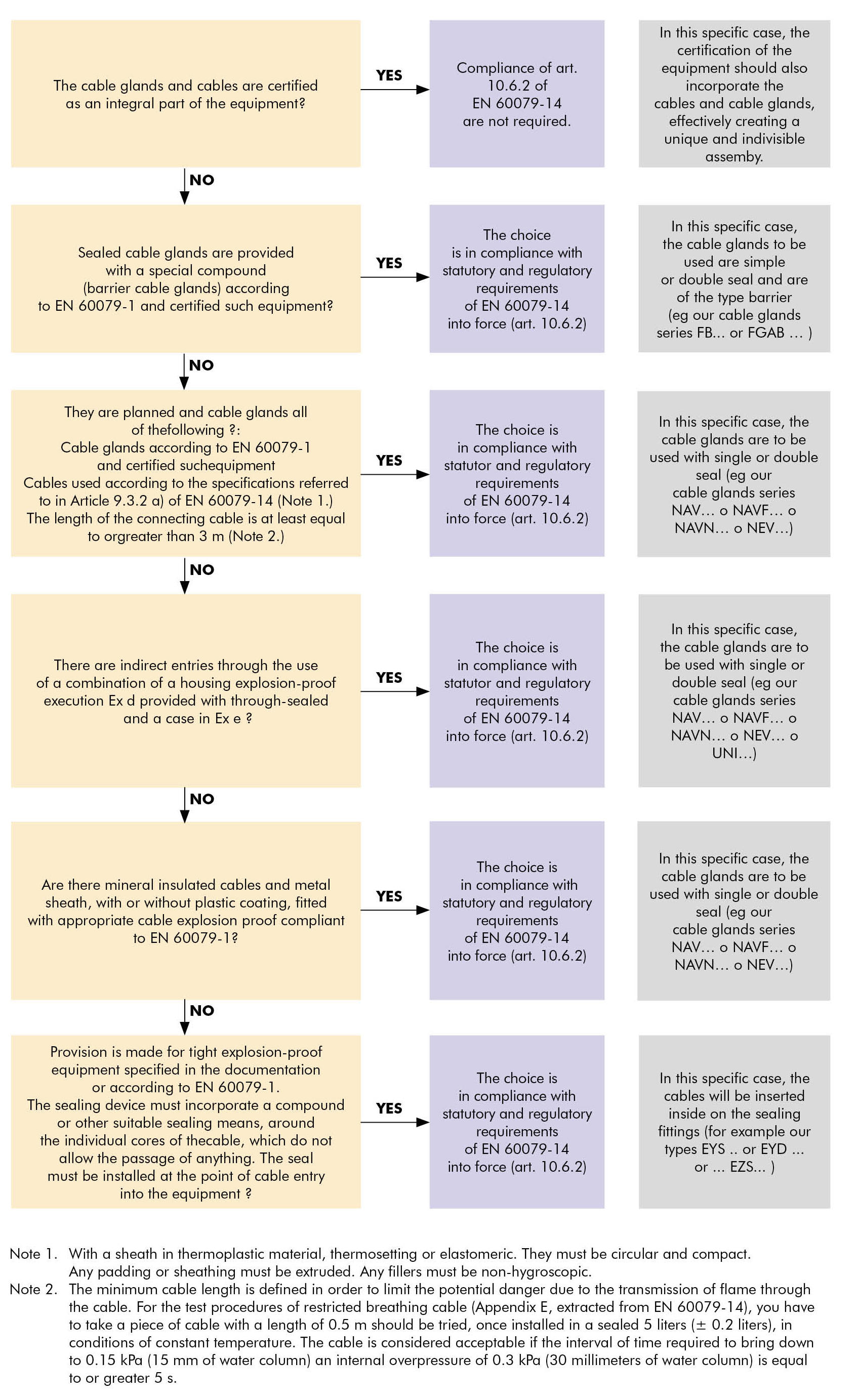 One of the possible solution, as mentioned above, is the use of sealing fittings, which are subdivided into types such as:

The most important thing for a proper functionality of the equipment and to avoid the spread of fire/explosion is the correct installation of sealing devices next to the equipment to be protected, as clearly indicated in paragraph 13.5.3 of EN 60079-1 / IEC 60079-1, where it is written that "the distance from the nearest surface of the sealing to the housing (or the housing provided for final use) and the outer wall of the housing (or the housing provided for final use) must be as small as possible but in no case be greater than the size of conduit or 50 mm, whichever is the smaller of the two values", whereas the same standard defines that "a sealing device is considered to be inserted immediately on entry of the explosion-proof housing when the device is fixed to the same directly or by means of a coupling accessory ".

It’s evident that without appropriate sealing devices will probably occurs serious damage to people and property.

Obviously, in order that the sealing device (sealing fitting) performs their specific protection function to not propagate the flame between an enclosure and the other, must be installed respecting all the requirements of use and maintenance provided by the manufacturer, mandatory to ensure the functionality.

The correct assembly, as illustrated in the diagram below, is to install EYS sealing fittings verticality, while EZS horizontality, although this type of coupling can also be installed horizontally, thanks to its design that allows to rotate the filling inlet, in order to bring it on the verticality and thus facilitating the filling with the specific sealant. 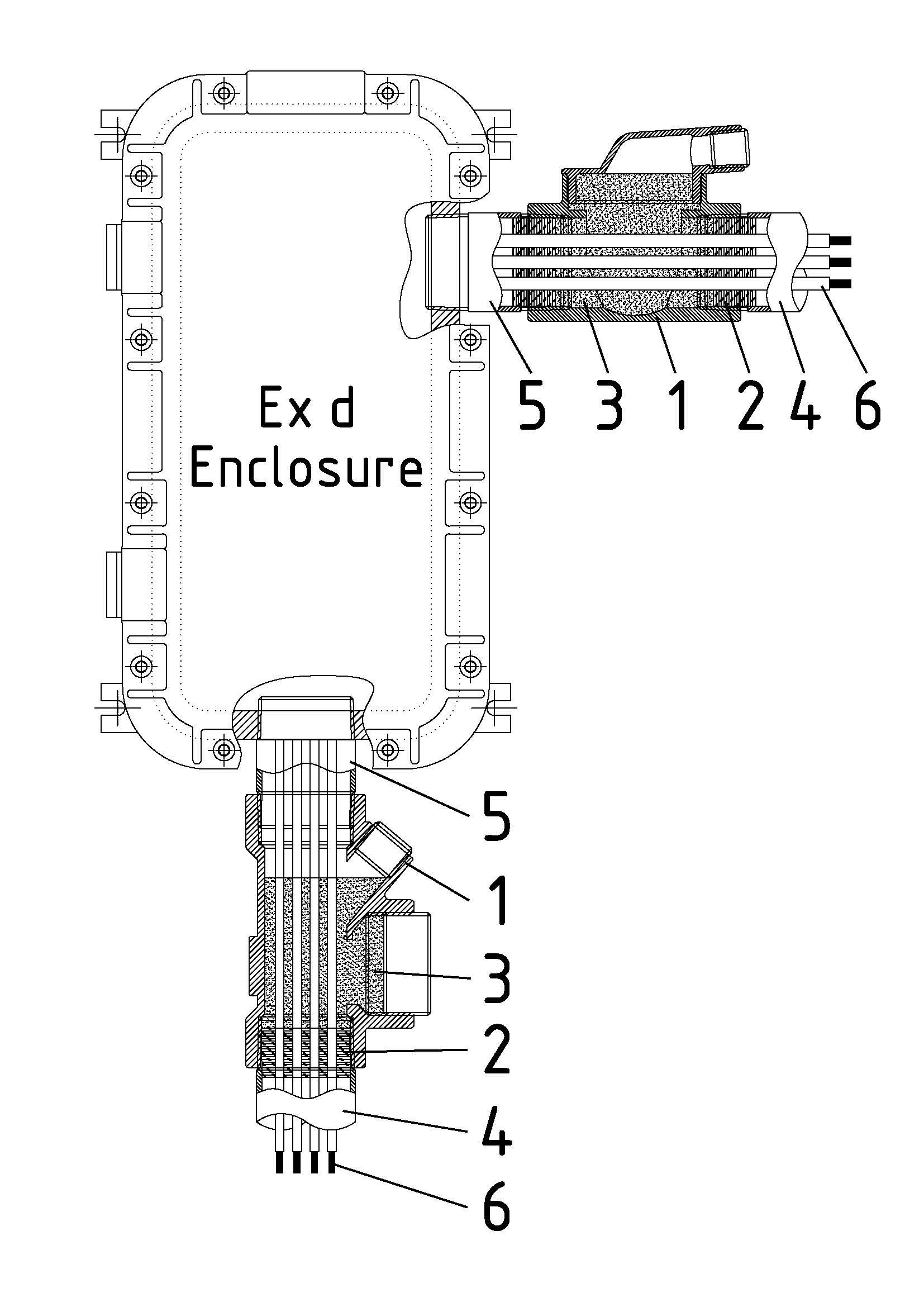 In the case of joints installed on a set of equipment supplied complete and assembled, the manufacturer must install and fill the sealing fittings after testing and before being shipped to the plant, in accordance with the provisions of standard EN 60079-14 IEC 60079-14, paragraph 9.4. 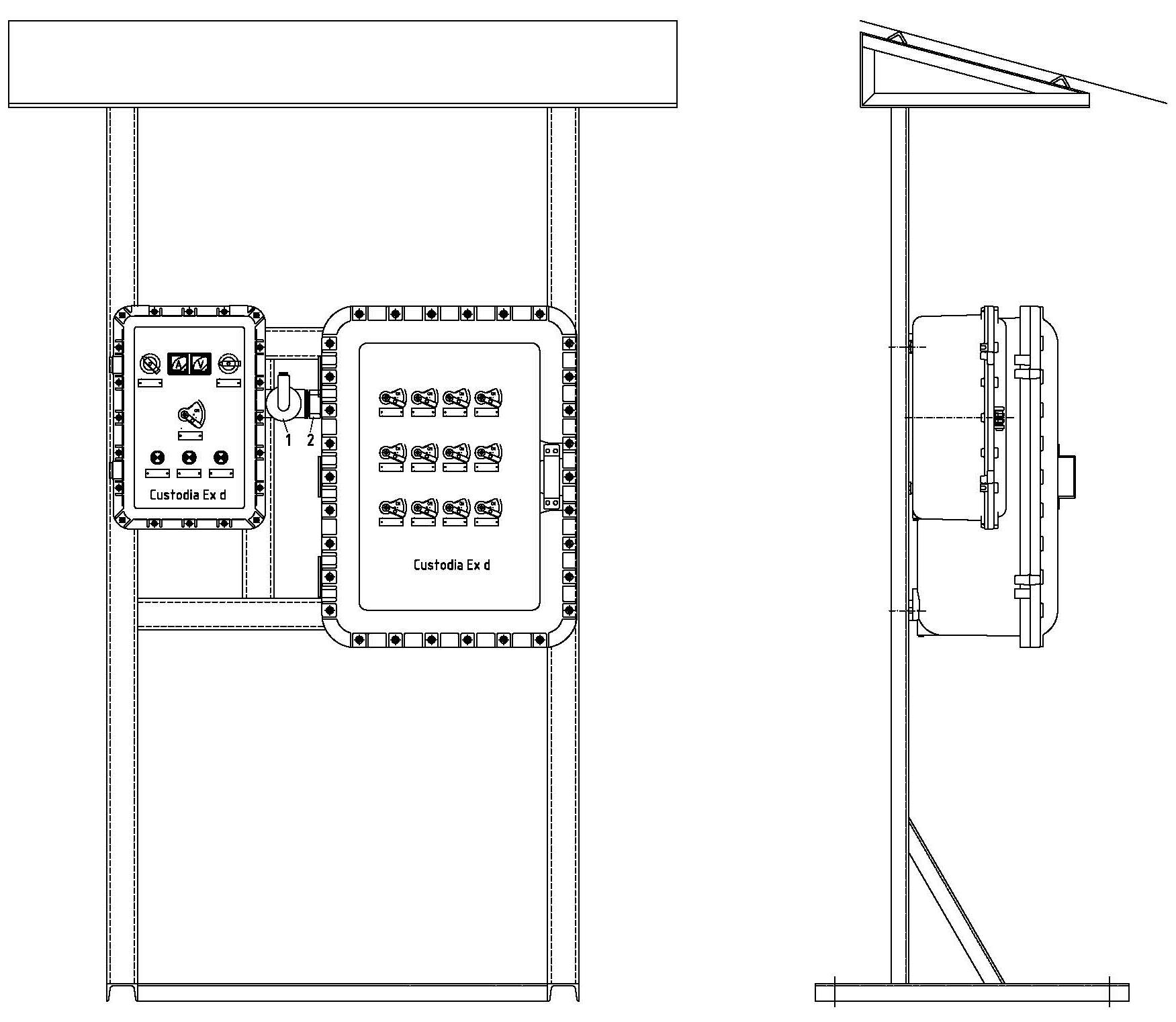 The installer is not allowed to proceed with the assembly, in accordance with the provisions of IECEx OD 203 (IECEx OPERATIONAL DOCUMENT), as "Guidance on the definition of 'manufacturer' in relation to trade agents” and “local assemblers". This is why they are part of an indivisible integrated system and, therefore, assembled only and exclusively by the original manufacturer or qualified assembler recognized by the original manufacturer. 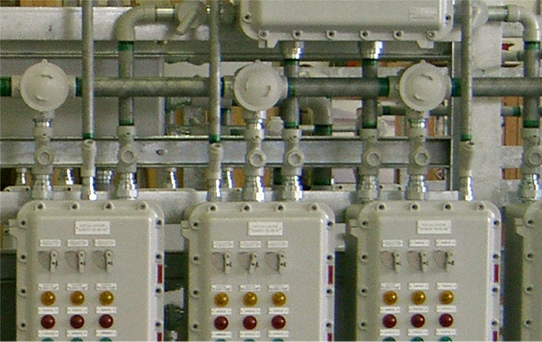 In the case of sealing fittings to be fulfilled in the field, for example near local control stations, motors or lighting fixtures, the installer is in charge for their installation and sealing, strictly complying with all the requirements of installation instructions issued by the manufacturer and using only and exclusively the compound provided by the manufacturer of the sealing fitting. It’s not allowed the use of other types of compound respect to the one supplied with the sealed joint because the guarantee shall be invalid.

During the filling operations of the sealing fittings, the installer must make a careful choice of the type of joint, vertical or horizontal, and must be very careful in determining the size of the coupling, whereas the "filling" must be done respecting the manufacturer's instructions, and if with the insertion of more cables, in accordance with the provisions of EN 60079-14, IEC 60079-14 Standards, paragraph 9.4.

In conclusion, the foregoing is intended to be a guide and, at the same time, a warning for designers, installers, security supervisors and maintenance operators to consider a particular product such as the sealing fitting, apparently insignificant in the context of a major plant such as a refinery or other, an object of vital importance to be installed in a proper way.