Natural gas, in the last century, has become one of the most widespread fuels on earth, but it is also known to all that climate change is...

Natural gas, in the last century, has become one of the most widespread fuels on earth, but it is also known to all that climate change is a consequence deriving from the use of fossil fuels, among which also Natural Gas is included.

Fuels are divided into different basic product categories such as:

LNG is produced with a gas cooling and condensation process. The main component is methane, with a variable percentage between 90 and 99%, while the remaining part consists of butane, ethane and propane.

LNG, at temperatures above -112° C, is lighter than air and disperses quickly, not contaminating the ground. LNG is liquefied in the producing countries and then transported to the destination by sea with specific tankers.

• LPG (Liquefied Petroleum Gas, normally known as Liquid Propane Gas as propane is its main but not unique component)

It is a mixture of low molecular weight alkaline hydrocarbons, composed mainly of propane and butane, with occasional presence of small amounts of ethane or unsaturated hydrocarbons, such as, for example, ethylene and butylene.

BTZ, an acronym for fuel oil and other heavy petroleum distillates with low sulphur content (BTZ) is only permitted in production plants where flue gases or flames come into direct contact with the materials to be dried, such as for example plants for the production of asphalts.

The use of BTZ was allowed until September 30, 2014 on all production and mixed plants that on September 17, 2008 were already operating with this type of fuel oil.

Diesel fuel is a mixture of liquid hydrocarbons, obtained by fractional distillation of crude oil, improperly called naphtha, from which it is distinguished by a better refining process and for different uses. It is used as fuel for Diesel engines, for heating or for electricity production.

1. The differences between LNG, LPG and Diesel

The substantial differences lie in the specific composition, where the LNG consists mainly of methane and generally also of ethane, while the LPG from butane and propane.

The Liquefied Natural Gas (The process was developed in the nineteenth century and offers substantial advantages to the natural gas sector) is essentially natural gas that is cooled to the point of passing to the liquid state. The gas temperature is brought up to -162° C, reducing its volume by about 600 times compared to the gaseous state. In this way, it can be stored and transported in large quantities at a lower cost, using cryogenic systems (gas carriers).

In the transformation phases, from the gaseous state to the liquid state, the gas is first released from the presence of water, hydrogen sulphide, carbon dioxide and all other substances that freeze when exposed to such low temperatures.

In the phase of sudden drop in temperature, the liquefaction of the methane present in the natural gas takes place and, at the end, of the process the liquid is transparent, colourless and odourless.

LPG stands for Liquefied Propane Gas. Unlike methane, propane is a saturated hydrocarbon, which is not found in nature in its pure state, but it is contained in natural gases or those derived from specific processing. In fact, the one for industrial uses is produced in the refining of crude oil.

This gas is dangerous because, the greater density than the density of the air, makes it difficult to be dispersed. The absence of smell and taste makes impossible to identify it and the very low flammability limit facilitates the formation of flammable mixtures. For this reason, it is odorized to more easily highlight its presence in the air.

LPG is liquefied at higher negative temperatures than LNG (in fact it liquefies at about -42° C) and it can be stored in simple cylinders or in normal non-refrigerated tanks.

For these reasons, the LNG is adopted with important and regular consumption of gas, as for industrial process use, while LPG is also used for low and medium consumption like the domestic consumption of a family.

The benefits of using liquefied natural gas versus diesel for fuel are also clear: natural gas burns significantly cleaner and produces lower emissions of sulphur, nitrogen and carbon dioxide into the atmosphere. Furthermore, it lacks the strong, distinguishing diesel odour. These benefits present LNG as a sleek and increasingly popular diesel conversion alternative.

As we can see from Table 1 below, the level of polluting emissions varies significantly with respect to the fuel used for the production of electricity, heating and industrial transformation. 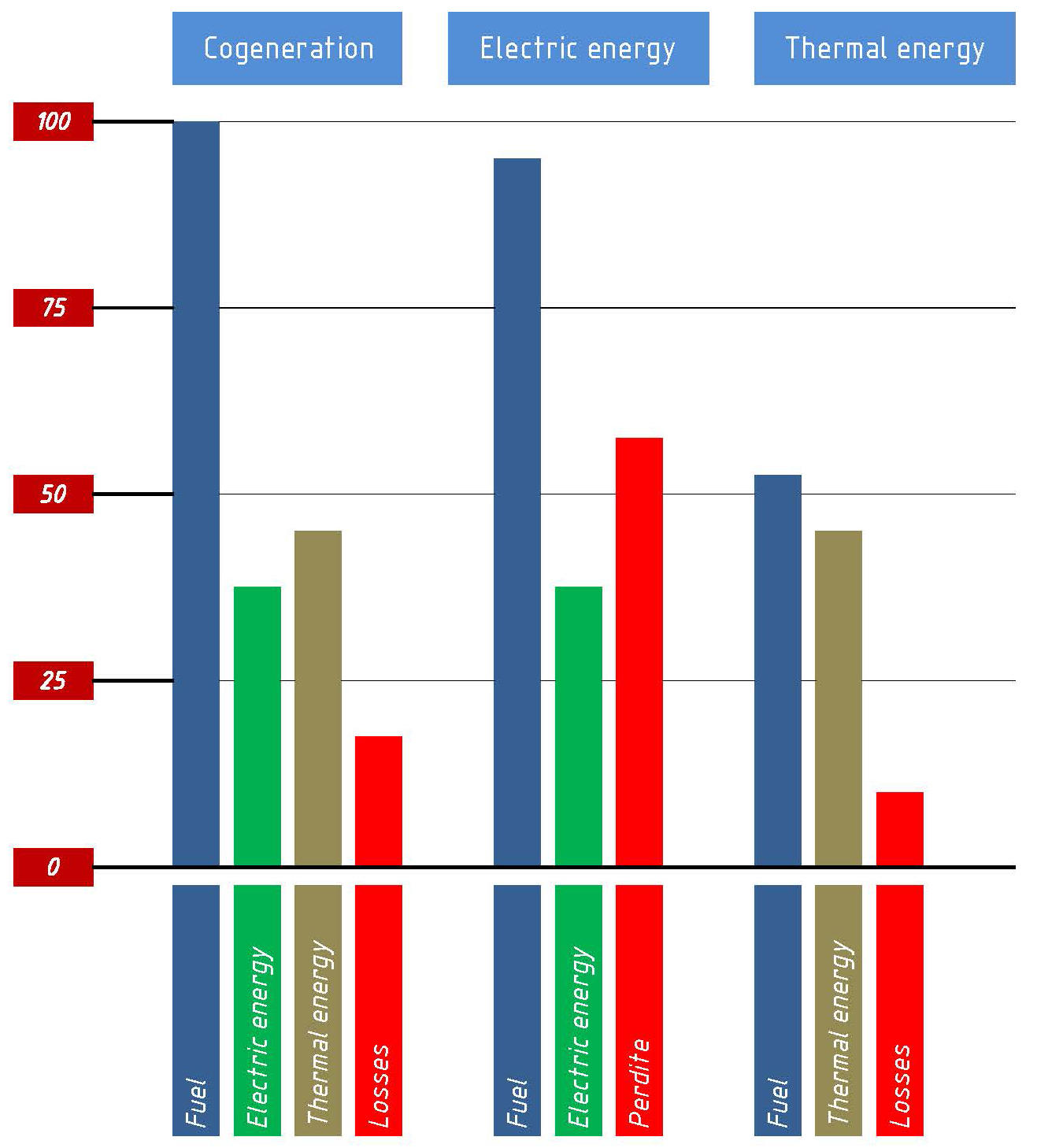 4. The LNG market and the growth in demand

Although the demand for coal is still high because it is cheaper, the demand for LNG is constantly growing: this is what emerges from various sector studies and this is what was highlighted during the LNG Global Forum which took place in Milan on 19 and 20 February. At the same time, the technologies necessary for the processing, storage and transport of LNG are also being developed. The massive investments made over the last few years in LNG tankers, liquefaction plants and regasifiers have transformed what was primarily a regional market limited by access to gas pipelines, in a global market.

Growing demand for global energy and reducing emissions is one of the greatest challenges of this century. Natural gas contributes to provide more energy and greenhouse gas emissions are 45% -55% lower than the coal used to produce electricity. Natural gas, both transported in gas pipelines and in liquefied form, also supports the integration of variable production of renewable energy as it can quickly compensate for falls in solar or wind energy and respond quickly to sudden increases in demand.

The chart below highlights the global growth in demand in all regions and confirms Japan as the world's largest LNG importer in 2017 and 2018 followed by China, Korea and other Asian countries that have massively increased imports in 2018 compared to 2017. 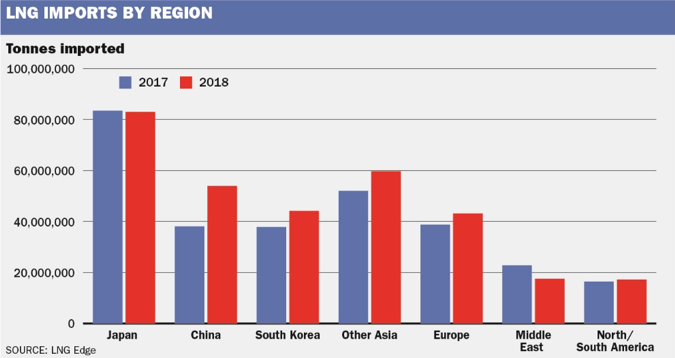 The main drivers that are leading Asian countries to change their energy policy are:

China will overtake Japan by becoming the largest importer of LNG by mid-2020.