Cables and conductors enter the explosion-proof equipment, manufactured according to the ‘Ex db’ type of protection, in the manner envisaged and governed by the EN 60079‐14 standard.

The most used systems are:

When we talk about electrical systems with electrical cable installation, entries are made using a cable gland, which can be of two types: barrier or with sealing ring.

The choice between the two types, using the requirements that we can find in the EN 60079-14 plant engineering standard, is called the criterion for cable glands selecting.

The ‘Ex db’ cable glands mentioned therein are certified as equipment, that is the certificate without the “U” typical of component certificates.

Figure 1: The selection criterion of EN 60079-14 standard concerns the choice between the cable gland with sealing ring and the barrier cable gland for entry into explosion-proof enclosures or equipment 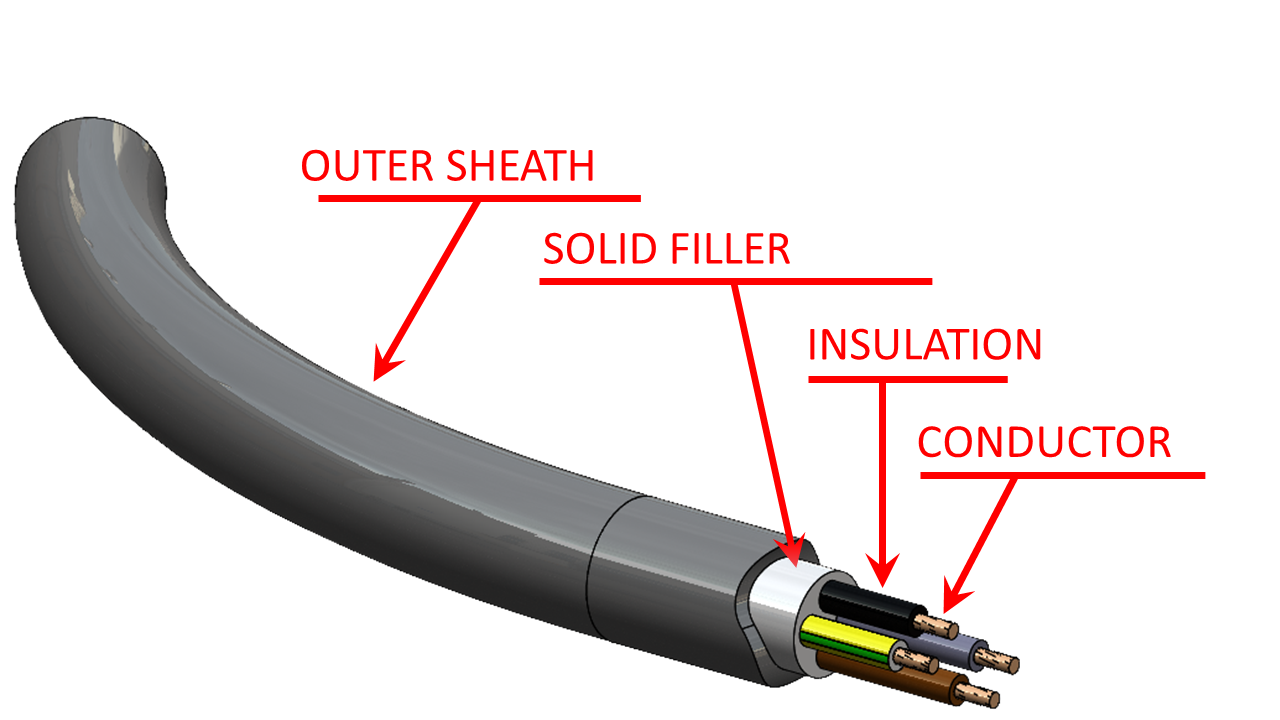 Using cable gland with sealing ring, the criticality in the explosion phase is due to the possibility of the flame passing through the space between the sealing ring of the cable gland and the outer sheath of the cable. Once this risk has been averted, the possibility remains that the flame passes through the interstices inside the cable. Tests conducted in explosion-proof enclosures where explosions have occurred repeatedly have shown that the cable tends to be thermally damaged and no longer guarantee sealing in the event of subsequent explosions. 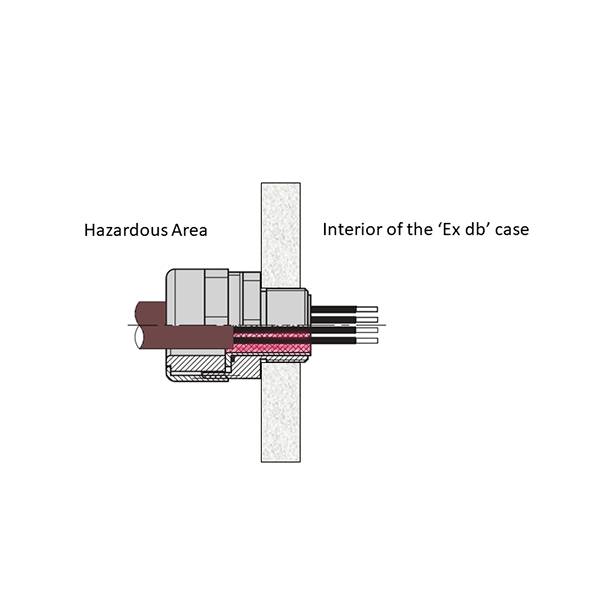 In the section sealed inside the barrier cable gland there is an impediment to the escape of flame and incandescent gases like what the blocking mixture exerts inside the sealing fittings. [1].

The longer the cable, in fact, the less the possibility that the flame seeps into the interstices inside the cable. 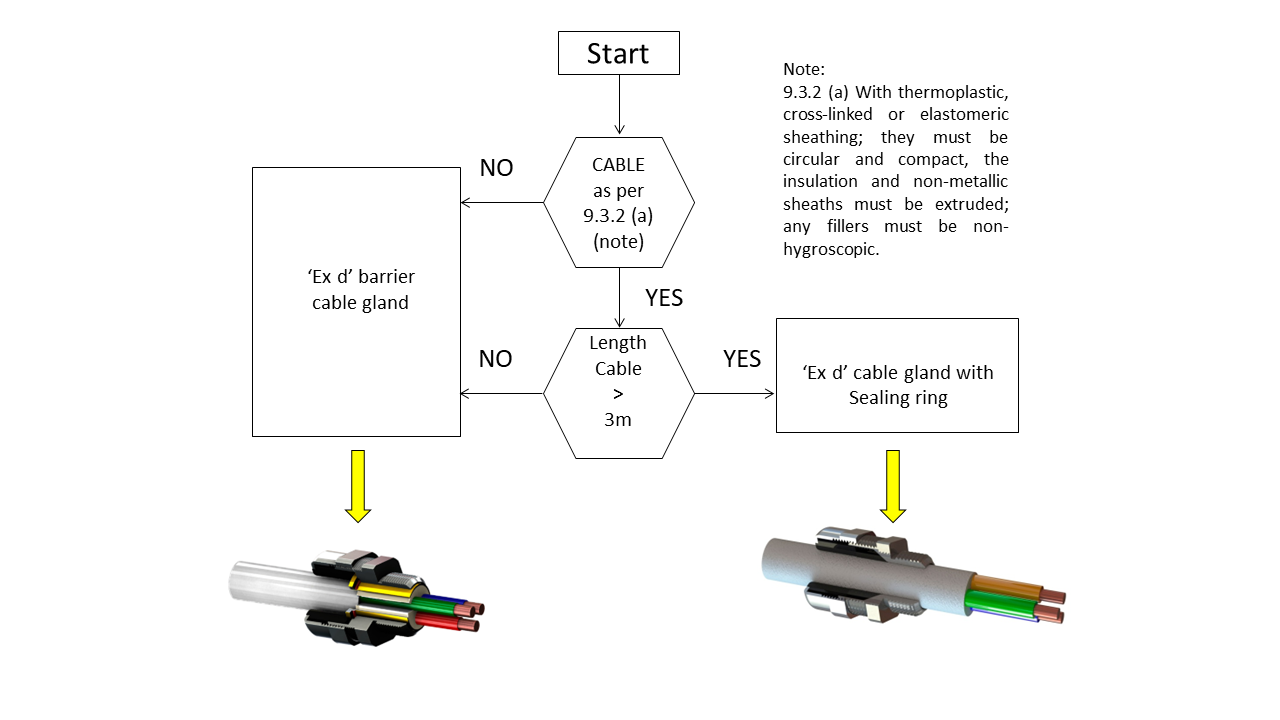 It is right to remember that, until 2016, (year of cessation of conformity of the EN 60079-14: 2010 standard) the old criterion for selecting the cable gland had always been applied in Europe which, as indicated in figure 5, took into consideration the volume of the enclosure, the gas group and the presence or absence of scintillating material.

In fact, the old flow chart in figure 3 went into more detail on the merits of the application and the risk associated with the formation of an explosive atmosphere.

The presence of ignition sources inside the enclosure, the gas group (group IIC has a higher probability of flame passage in the cable as per the tests conducted at the ERA laboratories [3] in 1976), the installation area and finally, the internal volume of the enclosure (volumes greater than two liters brought significant thermal damage to the cables during the explosion). [4]

The familiarity that many technicians had matured with this selection criterion is certainly in favor of the old flow chart, as well as the fact that, since its appearance in 1996 within the second edition of IEC 60079-14, it had guaranteed a high level of safety.

In this perspective we can understand the decision of the British national committee to insert the old flow chart as NA (NA = National Amendment national special conditions) of edition 6 of EN 60079-14 implemented in the UK. 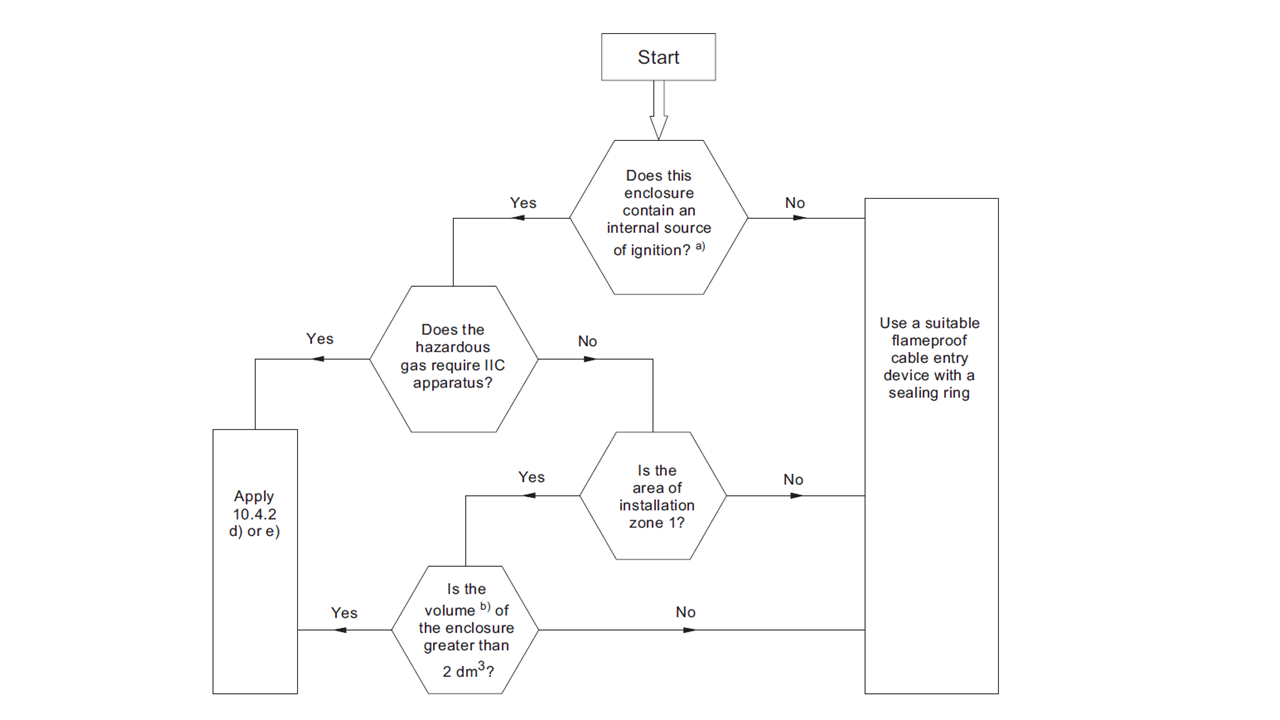 We have reviewed the technical reasons behind the choice of the ‘Ex db’ cable gland to use, but indeed economic considerations also come into play, as the barrier cable gland is more expensive and more difficult to install.It is therefore necessary that designers and installers are updated on recent regulatory developments so that they can always make their choice in the sign of maximum safety and consistency with current legislation.

In areas at risk of explosive atmospheres, systems with electrical cable installations are nowadays a valid alternative to traditional systems with conduits systems. Their diffusion has been driven by the increasing presence of increased safety equipment such as junction boxes or 'Ex eb ' lighting fixtures, which implicitly lead to the need for sections of the system with cable installation.

In sites where there is a risk of the formation of an explosive atmosphere, we often find the electrical conduit in a metal protective tube (also called conduit conduit). Although it has recently been joined by more versatile armored and non-armored cable systems, with cable gland entry, its use is recommended in plants where production or use and maintenance activities can present dangerous situations for the integrity of the cables.

The ‘Ex d’ protection method: the function of the conduit sealing fittings

Sealing fittings are often considered only as secondary or minor components, but the safety of an installation with metal electrical conduits and related explosion-proof enclosures depends on them. The main function of a conduit sealing fitting is to prevent the propagation of an explosion from the inside of the ‘Ex d’ flameproof enclosure to the outside.